This documentation is a work in progress. All statements are about the current state of the game and subject to change as the game evolves.

Each daily tournament has four participant gladiators and three matches. All bets on those gladiators are pooled and then paid back out to the players that predicted the right overall winner.

The winners of each daily tournament are eligible for the weekly "Qualifier Tournament," currently held on Wednesdays and Fridays. Those will have a larger prize pool (currently 100k PTG for Emperor's league, and 35k for Praetorian league). Each weekly tournament's winner is then qualified for the next "Champion of Champions" tournament, which are held periodically throughout the year. These are the pinnacle of achievement for a gladiator in the Crypto Colosseum world.

Below you can find additional information about what different portions of the tournament page mean. 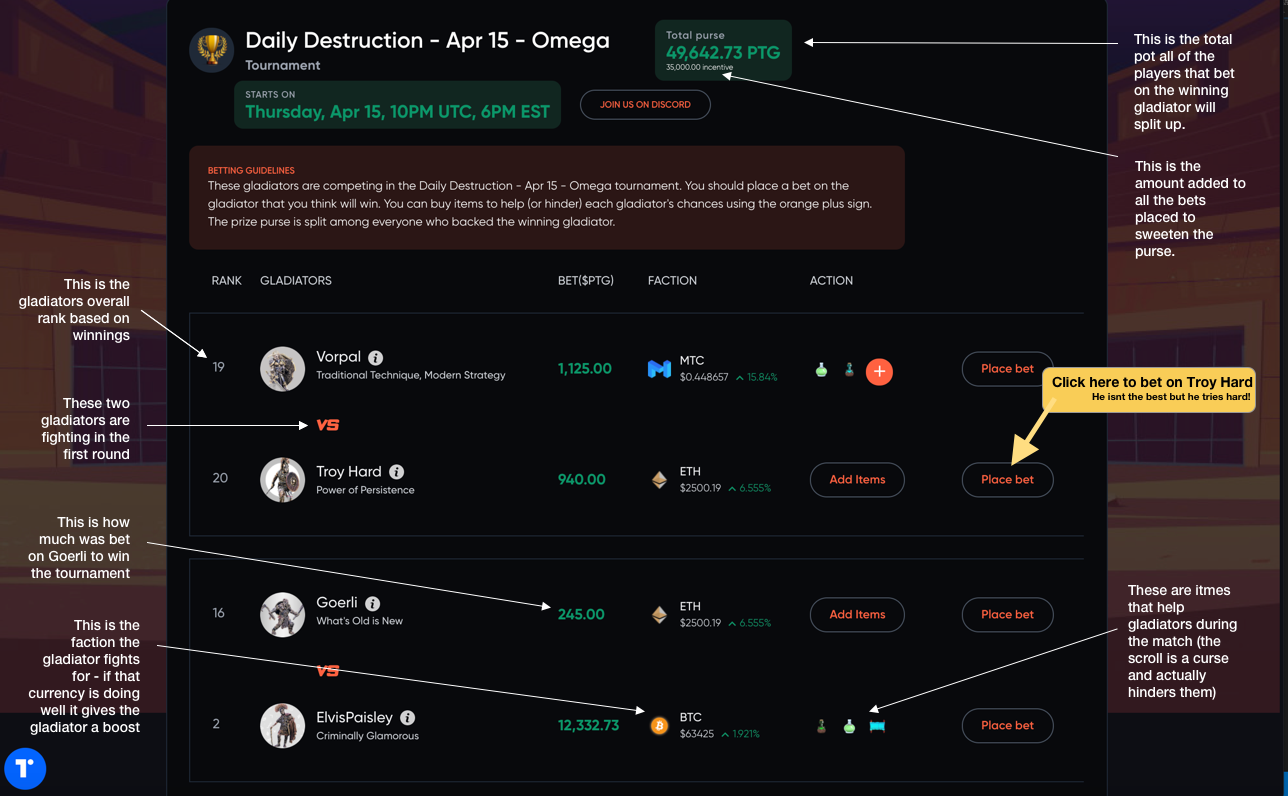 Crypto Colosseum has two leagues: the Emperor's League, and the Praetorian League.

The Emperor's league is the pinnacle of competition of the Crypto Colosseum world. The Praetorian League is for up-and-comers looking to advance, and prove their worth against the very best.

Other leagues will continue to evolve beneath these leagues, feeding their champions in and allowing relegated gladiators to win their way back to glory.

Tournaments are created in batches 4 times a week.